Jonathan reflected back at a time when his uncle threatened to kill him over who would eat the last egg in the refrigerator, when suddenly they were both startled by the dog yelping in the front of the house; when his uncle went to see what the problem was, he quickly placed the 22 cal. pistol back in his pants and cooked the egg. Quickly he consumed his breakfast and walked to the front of house and standing on the porch, he noted a trail of blood leading across the street and there he found his uncle beating the mailman who laid unconscious in a pool of his own blood. Sirens filled the morning air as several police cars arrived beating his uncle and taking him away. The war in Vietnam and smoking that marijuana had driven him crazy.

JONATHAN BYRD is a powerful, dynamic, enthusiastic and straightforward speaker and is known for telling things the way they are. He has completely devoted his life to sharing the gospel with others. His unique style and powerful message will challenge audiences of all ages. Jonathan is a conference speaker nationally and internationally, traveling to nations teaching in Leadership Conferences to National Pastors. It is his lifelong desire “to see people set free from the powers of darkness.” As the founder of Mighty-X Ministries, God uses him powerfully in the deliverance aspects of ministry. His life is a testament to the transformational power of Jesus, and the empowerment God gives us to become greater than we ever thought possible.

There are no reviews yet.

Be the first to review “Unshackled” Cancel reply 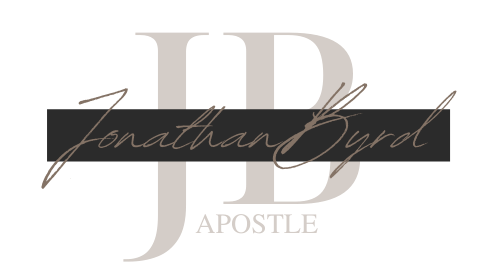